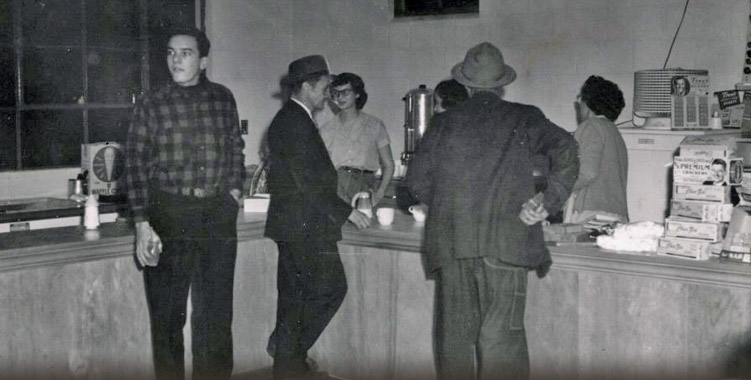 Located in the heart of PA Dutch country in Lancaster County, Root's Country Market and Auction is a farmers market that is open Every Tuesday. Root's was founded by A.W. Root in 1925 as a poultry auction. Now, it is a flourishing country market filled with Bakeries, Delis, Butchers, Local and Imported Produce, Crafts, Jewelers, Collectibles and Antiques.

In the years after its inception as a poultry auction, Root's Country Market and Auction grew to include both inside and outside areas for local farmers and their families to sell their home-grown produce and handmade goods.

In 1963, ownership and management of Root's Country Market was passed down from A.W. to his three children, Abe and John Root and Edith Root Longenecker. Root's Market soon involved the third generation of family when one of A.W.'s grandsons, J.D. Longenecker, was hired as Market Master.

During the summer of 1972, Root's Country Market endured the devastating loss of most of its main building due to a fire. Construction for the new building took roughly 15 weeks, so Tuesday markets were held completely outdoors during this time. As recalled by Edith, it rained on the first week that market was held inside the new building.

Edith Root Longenecker acquired full ownership of Root's from her brothers in 1983. At the same time, she hired her grandson, Thomas Longenecker, as General Manager and Market Master. Tom is A.W.'s great-grandson, making him fourth generation family member to run the market.

Recently, Root's Old Mill Flea Market renamed their two buildings, The Artisan Mill and the Emporium, and also added a Saturday Flea Market to their schedule. Now, flea market vendors can be found at Root's Old Mill on Saturdays between April and November, in addition to Tuesdays, year-round.

Presently, Root's Country Market and Auction continues to host two auctions, a small animal sale and plant/produce sale, on Tuesdays while simultaneously offering indoor and outdoor vendors to its customers. Areas #1 through #5 are inside sections, while Areas 6 through 9 are outside. Stand-alone buildings include Building #6, Building #9, Building #10, the Showroom, and multiple food sheds.

We are proud of tradition, here at Root's. Our family had been owners and operators for five generations, dating back to A.W. Root. Also, many of our standholders here are 2nd, 3rd and even 4th generation continuing the success that their parents and grandparents started by guaranteeing quality in their merchandise.

From fresh local produce, to grocery shopping to antiquing, Root's can satisfy any shopper and bargain hunter.